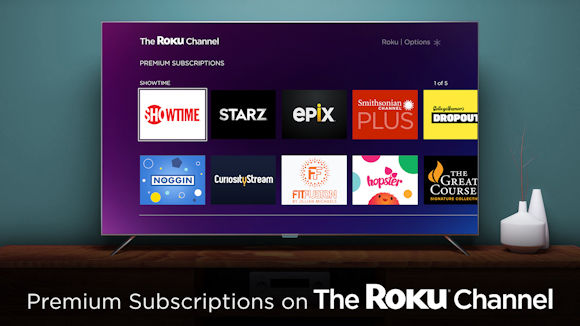 Users of Roku TVs and streaming devices will now be able to watch the Fubo Sports Network to see live sports-related news coverage; USA Today; Now This; and the ACC Digital Network (ACCDN), all for free, the company announced.

One of the more interesting additions is the 24-hour live Fubo Sports Network app, which will offer live sports news coverage, events and sports-related entertainment programming.

FuboTV, which first launched its subscriptions based service in 2014, has raised $151.3 million to build out and expand the programming based for its Fubo Sports Network component. On The Roku Channel this is expected to feature mostly in-studio sports news and highlight programming. The network previously has been available as part of the FuboTV pay service, the ad-supported video on demand service Xumo and on LG smart TVs and as part of the Samsung TV Plus free news and entertainment channel on select Samsung smart TVs.

“The early interest in Fubo Sports Network from distribution partners who see value in exclusive sports programming has been truly gratifying. We are building the best new talent-driven sports network, and we look forward to getting it in front of audiences everywhere,” Min Kim, VP of business development for FuboTV, said in a statement announcing the expansion.

Other free live programming added to The Roku Channel include the following:

Comedy Dynamics network is a distribution system for upcoming orignal films, television shows and comedy specials. It has been offered by other platforms including iTunes, Amazon, Google, Playstation, XBox and various telco and satellite services.