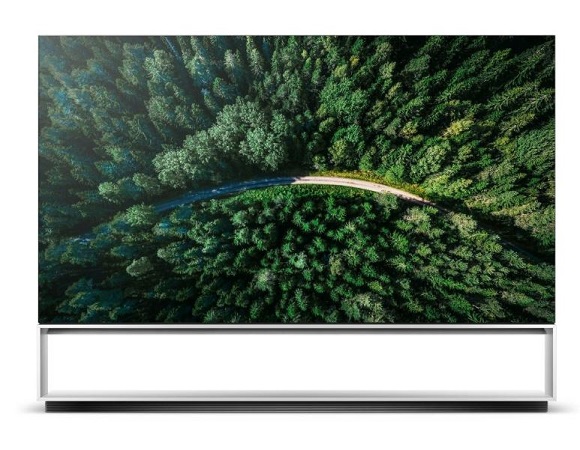 The evolution of the 8K TV market continues to plod along in 2019 with the approaching release of the world’s first 8K OLED Ultra HDTV and the announcement that IC chip maker Realtek has introduced a new chip that can upscale 4K Ultra HD and lower-refresh rate 8K/30p video to 8K/60p images.

In addition, video gaming giants Sony and Microsoft are each readying next-gen console platforms with support for up to 8K resolution gaming by 2020, according to Asian tech-industry trade site Digitimes.

Digitimes speculated that since both gaming giants have made accommodations for 8K in their platform designs, 8K gaming is likely to become a strong early native content driver of 8K video displays and related devices.

However, buyer beware that the complete specs for these consoles have not been released yet and first and second-generation 8K TVs may not support all of the needed hardware or software to accommodate what ultimately hits the market.

Meanwhile, the 8K ecosystem will also have a large presence in commercial markets including the medical, manufacturing and security industries.

These developments are just some of the latest significant early milestones in the launch of the burgeoning and still uber-expensive 8K Ultra HDTV ecosystem.

According to global shipment data and estimates from IHS market, 8K TV global shipments should total under 500,000 units in 2019 before climbing to 2 million units in 2020 with over 60-inch models representing the lion’s share of the market, IHS Markit estimates.

One example is LG Electronics’ first 8K OLED TV, model OLED88Z9PUA. The South Korean-OLED titan delighted some 2019 CES attendees last January when it showed the prototype 88-inch 8K OLED TV, saying it was planning to bring the unit to market by the end of 2019. The set, which Digitimes reported as having an estimated retail price of more than KRW50 million ($42,550), is based on LG’s proprietary next-generation Alpha 9 Gen 2 chip that is said to use AI-based upscaling technology to optimize and expand pixel resolution of lower-resolution content while also automatically enhancing sound output over the 4.2-channel 40 Watt built-in audio system.

The LG OLED88Z9PUA will also support HDMI 2.1 including the eARC feature, and will add built-in support for Alexa voice control (via a firmware update) in addition to Google Assistant and LG’s own voice control technologies.

LG’s 8K OLED TV as well as its previously announced 98-inch 8K NanoCell LED LCD TV, will be up against a rapidly growing field of 8K display entrants, including Taiwan-based flat panel makers AU Optronics (AUO) and Innolux have reportedly completed development of 8K panels and are preparing for production.

This development will be particularly important for Chinese-based television manufacturers looking to get into the 8K market with price-competitive solutions.

At the same time, the combination of 5G networks and 8K technologies is opening new vistas in manufacturing, medical care and security monitoring. This is likely to emerge in the forms of 8K monitoring cameras with facial recognition and high-resolution medical images.