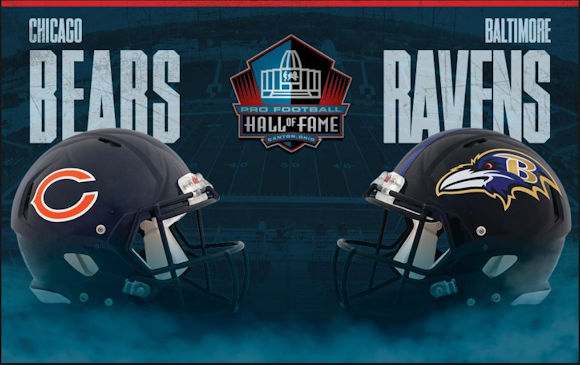 Football season is right around the corner and live over-the-top streaming TV services like Sling TV, Playstation Vue, Fubo TV and others have some options to get much of the action along with the NFL Network and RedZone channel, affordably, in some cases.

As a reminder, the first pre-season game of the year will be the Hall of Fame Game between the Chicago Bears and the Baltimore Ravens, taking place Aug. 2nd. This will air on NBC stations nationwide.

To watch it and many other games throughout the season while keeping tabs on NFL player news, stats and forecasts, OTT streaming service providers like Sling TV offer some affordable solutions. In Sling TV’s case this includes access to local NBC and FOX channels, as well as the NFL Network and RedZone.

Similarly, Sony’s Playstation Vue offers an add-on package to get much of the same action for a $10 stipend.

To watch all the action of a favorite local team for free, Sling TV viewers will need to set up an over-the-air broadcast antenna sufficient to pick up the signals of the appropriate network affiliate station. Note that the channel a team’s games appear on will change from week to week throughout the year, as determined by schedule and pre-season game carriage deals. The best way for a cord cutter to assure access to games using any of the live OTT services is to get an over-the-air antenna, when and where possible.

Those fantasy football fans who want to scour all of the league action for player scoring, can get the Red Zone channel and the NFL Network via Sling TV.

The live OTT package features both the NFL Channel and RedZone in its Sling Blue + Sports Extra package for $35 per month. Sling Blue brings NFL Network, plus FOX and NBC in select markets, and Sports Extra offers NFL RedZone for $10 more per month.

In addition, Sling TV said it is once again offering its Gamefinder feature to find out what channel a game is on and what Sling TV subscription will be required. For more information, customers can visit sling.com/gamefinder and search for a team’s city, state or name to see the date, time, channel and Sling TV service with all of the action.

For Sling TV customers who don’t live in a market where FOX and NBC are available through Sling TV, an over-the-air antenna should bring in all the games on CBS, NBC and FOX at no cost, reception limitations permitting.

Playstation Vue customers have had access to the NFL Network and various local broadcast network affiliate channels, as available on a market by market basis. Last year, the services add the option of adding a $10 per month Sports Pack that offers access to NFL RedZone and 13 more sports channels.

Depending on a viewer’s location, the FuboTV live OTT streaming service may offer access to an OTA broadcast affiliate channel carrying a team’s games to the local market. FuboTV has agreements with many CBS, NBC and FOX affiliates around the country, but not all channels in all markets.

It’s best to check the service’s web site for details.

Last year, FuboTV added carriage of the NFL Network and RedZone channels. The service also has access to a variety of RSNs.

Although the DirecTV satellite service offers the NFL Sunday Ticket seasonal package with action to all out-of-market NFL games, the option so far is not available via the DirecTV NOW live OTT streaming service. DirecTV NOW also has not announced if it will have access to the NFL Channel.

However, some cord-cutters may qualify to subscribe to the NFL Sunday Ticket out-of-market games directly via streaming, with packages starting at at $73.49 a month for 4 months.

The Sunday Ticket service is only available to non-DirecTV customers who live in select multi-dwelling unit buildings (apartments, condos, etc.,) nationwide in the U.S. where DirecTV service is not available, live in select areas within various metropolitan cities, live in a residence that has been verified as unable to receive DirecTV satellite TV service due to obstructions blocking access to satellite signals, or are college students.

The NFLSUNDAYTICKET.TV U is only available to students actively enrolled in post-secondary educational institutions. Games may also be available via remote viewing based on device location. Only one game may be accessed remotely at any given time, and the viewing device must be compatible for online/mobile access. Additional data charges may apply.

Meanwhile, this Thursday’s Hall of Fame Game will be televised by NBC, and should be available for free over the air via the appropriate affiliate station in a viewer’s market. It’s also available in local service options in select markets.

This can be enhanced by viewing coverage of the Pro Football Hall of Fame induction ceremony on NFL Network and ESPN this Saturday.