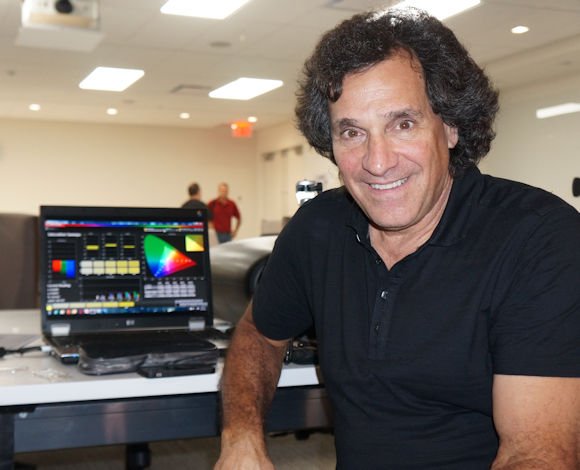 Joel Silver, a founding member of the Imaging Science Foundation (ISF) has been given the Custom Electronics Designers and Installers Association (CEDIA Lifetime Achievement Award, the organization announced Monday.

Silver founded the ISF in 1994, to introduced video image quality calibration services into consumer electronics. He has been leading ISF training classes for professional television designers, technicians and calibrators ever since.

His work in advancing HDTV image quality has been covered on HD Guru as well as in leading mainstream medial publications including the New York Times, the LA Times, and others. In addition, he has managed research projects for the California Energy Commission documenting how video calibration produces significant energy savings.

Silver has also contributed consultation services for high-end video, high-end audio, telemedicine, and medical management industries, as well as for Microsoft Media Center Edition PCs and the Venture Capital and Entrepreneurship program at the W. Averill Harriman School of Management. He is the producer of the HDTV Calibration Wizard DVD and is a co-inventor of the patented Microsoft Windows Display Calibration Wizard, which is now on over 111,000,000 PCs.

Silver will be honored in a ceremony at the CEDIA Awards Celebration hosted at Petco Park in San Diego during CEDIA Expo, on Wednesday, Sept. 5, 2018.

The CEDIA Lifetime Achievement Award recognizes an individual who has exhibited outstanding, creative, innovative, and visionary leadership in the growth and advancement of the residential technology industry. Nominations are submitted by industry professionals and evaluated on the basis of achievement and service within the industry.

“We could not be happier to recognize Joel for his contributions to the industry. Anyone who has worked with him knows that his credentials are extensive, and his expertise is highly sought after,” said Dave Humphries, CEDIA chairman.

Silver also gives back to the industry, frequently volunteering his time. He as served on the CEDIA Awards Technical Judging Panel for the last several years and has been a popular instructor at CEDIA Expo. He also volunteers as the chair of the CTA and CEDIA committee on Home Theater Video recommended practices.

Tickets for the CEDIA Awards Celebration are available through the CEDIA Expo registration system. CEDIA Expo will be held Sept. 4-8 at the San Diego Convention Center. The show floor will be open September 6-8.