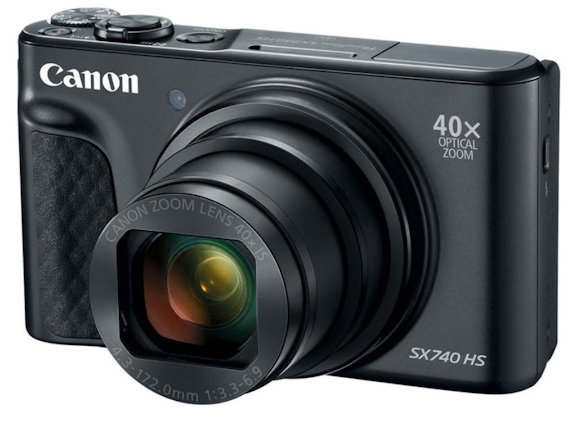 Canon this week continued to expand support of 4K video capture in its consumer-level cameras by adding the capability for the first time to its point-&-shoot family in the PowerShot SX740HS.

The 40x fixed-lens compact SX740HS, which will see a suggested retail price of $399.99 when it hits shelves in late August, features a 1/2.3-inch, 20.3 mega-pixel CMOS sensor, which has been developed to support up to 4K/30p video capture, including 4K-time lapse recording.

The camera can also be dialed down to record in 1080p/60p for storage space and other considerations.

The PowerShot SX740HS also offers a dual-sensing image stabilization system to reduce the effects of camera shake, particularly at long zoom extensions. A built-in pop-up flash is added to keep colors sharp in low-light shooting conditions, or to take out facial shadows in sunlit portrait work.

For those who prefer to shoot indoors with natural light, the camera supports a ISO range of 100-3200 (extended).

For fast-action capture, the SX740HS will take shoot continuously for up to 10 frames per second.

Other features include a 3-inch LCD panel that flips up 180 degrees for selfie work, wireless connectivity via Wi-Fi and Bluetooth to quickly transfer shots to connected iPhones and Android phones.

The Canon PowerShot SX740 is also equipped with the company’s DIGIC 8 image processor, and will come in black and silver color options.